Installation of officers by White Plains Mayor Thomas M. Roach, followed by a program of comments and discussion

Title of Talk:  What is it, and what can we do?

Joan Nimmo is a licensed clinical social worker who has been working with people with dementia and their caregivers for over 20 years. She received her MSW from NYU and practiced in New York City and Westchester before moving to the Berkshires, where she lived and had a private practice for 12 years working with elders and caregivers in their homes. During that time she also worked with the Alzheimer’s Association training both professional and family caregivers and was an adjunct professor at Berkshire Community College.
​Last year she moved back to the area. She has been working for Family Services of Westchester since September as a social worker at the intergenerational social adult day program My Second Home at White Plains and doing outreach in the community to disseminate information about Alzheimer’s Disease.

Maggie will talk about the challenges facing Native American youth in the United States in the past and present, and what we can do in our own development & volunteer work to create more inclusive movements.

Background of the speaker:

Maggie is an advocate for indigenous communities globally and is a frequent public speaker. Her writing has been published in the New York Times, Daily Beast and others. Maggie has received awards for her service including: 2016 Forbes Magazine "30 under 30" for Education; 2014 President’s Call to Service Award from President Barack Obama; 2014 Opportunity Collaboration Cordes Fellowship; the 2012 Grand Prize in Glamour Magazine’s Top Ten College Women; a 2012 Newman Civic Fellow by Campus Compact. In addition, Maggie was named a 2013 Next Generation Leader by the Women in the World Foundation and was twice awarded Critical Language Scholarships from the U.S. Department of State to study Bengali.

Maggie is serving a three year term on the Colgate University Board of Trustees. She is an Advisory Board Member for RFK Young Leaders, a Leadership Council member for Convergence Center for Policy Resolution, and a Business Mentor for Colgate University’s Thought into Action Entrepreneurship Institute. Previously, Maggie worked as a grant writer for Pueblo de Cochiti Tribal Council, and as an international research intern in the office of Nobel Laureate Muhammad Yunus at Grameen Bank in Dhaka, Bangladesh.

Title and affiliation: Executive Director, At Home on the Sound

Title of Talk: The Aging in Place Movement; What is the Village Concept

Background of speaker: Executive. Director of At Home for over 6 years.
Previously, Licensed Social Worker And Geriatric Care
manager for private agency in Larchmont.
February 2016
February 2

Title of Talk:  "The Lost Village of Kensico and the Building of the Kensico Dam."

Description of Talk:  The half-hour film presents the history of the Kensico Dam
and Kensico Reservoir, and tells of the story of the
community that was removed to make way for the
expansion of the reservoir.  Using photos, maps and other
illustrations, the film explains how the Kensico Dam was
constructed.

The Westchester Intelligence Center (WIC) is a collaborative resource that provides essential support, coordination, and information sharing among the 42 City, Town, and Village police departments and numerous federal and state law enforcement agencies that operate in Westchester County. In addition to serving as a clearinghouse for intelligence among these agencies, WIC provides research and investigative support for ongoing investigations and tracks crime trends affecting Westchester County.

As the number of aging adults increases each year in Westchester County, the potential for elder abuse cases, in particular financial schemes and exploitation, increases correspondingly. Con artists succeed by manipulating vulnerable victims, particularly seniors, in a seemingly limitless variety of scams and schemes to defraud. This talk will focus on the present scams and schemes to defraud seniors and how to be vigilant against scammers and avoid becoming targets of elder abuse. In addition, it will highlight the role of the Westchester County District Attorney’s office and the partnerships initiated with agencies throughout the county to provide enhanced protection and services for our senior population.

Title of Talk:  Ethical Issues in an Aging Society 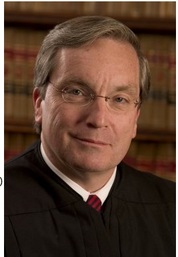 Title of Talk:  The structure of the New York State Court System

Description of Talk:  Talk will educate you, enlighten you and
scare the heck out of you. 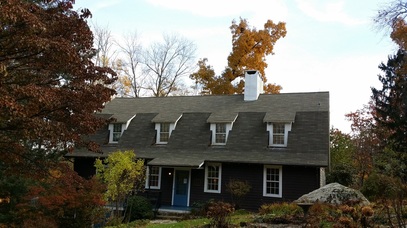 
Title of Talk: Stepping Stones – the Historic Home of Bill and Lois Wilson in
Bedford NY


Ms. Corbett will speak about the life and legacy of Bill and Lois Wilson, co-founders of Al-Anon and AA respectively, with a special focus on their move to Bedford and the  work they did from home base in Westchester.  She will use archival materials to tell their story of hope. 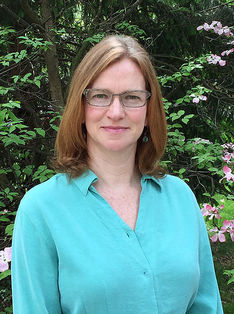 Title and Affiliation:  Director of "Save the
Sound's" western  programs

She will talk about water quality in Westchester, the importance of the Long Island Sound, and the lawsuit that her organization has instituted against Westchester County and 11 Westchester communities concerning violations of the Clean Water Act. 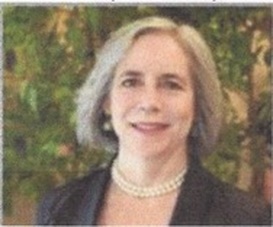 Title and Affiliation: CEO and founder of Memoirs Plus

Title of Talk: "Capturing Your Stories In A Memoir"

Title  of Talk:  Nepal and Himalaya, now and before.  The earthquake and its
impact, how we are rebuilding together to make stronger.
April 19

Description of Talk:  Senator Latimer will give an update on current issues being
debated during the legislastive seession in Albany.

Title of Talk: "Stress and the Health Benefits of Mind Body Medicine"
May 2016
May 3


Title of Talk:  "Introduction to Awakening the Sage Within."

Description of Talk:  A discussion that explores a way of living life more
consciously, more joyfully, and more compassionately.
Through Sage-ing® we uncover the blessings that comprise
the rich fabric of our lives, and we transmit the wisdom of a
lifetime of learning to heal and nurture ourselves, our loved
ones, and our world.
May 17

Title and Affiliation:  Chairwoman of the League of Women Voters

Title of Talk:  Toscannini the Maestro
May 31

Title of Talk:  "The Zika Crisis and the County response"
June 14

Title of Talk: "Visiting the Great Apes in Borneo, Rwanda and Uganda"
June 21

Title of Talk: " In The Penal Colony" by Franz Kafka
June 28

Title of Talk: "Raising the Age" and other responses to the needs of children.
July 2016
July 5

Title of Talk:  "What You Need to Know to Have Your Health Care and End of Life
Wishes Respected."
July12

Title of Talk:  "Where Is The Law Headed"
September 20

Title of Talk:  "Helping Those Who Cannot See"
October 11

Title of Talk: "Where do we go from here? Economists' preview of the future.
November 15

Title of Talk:  "Exonerated after being wrongfully convicted"

Description of Talk: Exonerated after serving 18 years in prison for murder. He
established the Jeffrey Deskovic Foundation for Justice after
recovering damages for wrongful imprisonment.
December 20